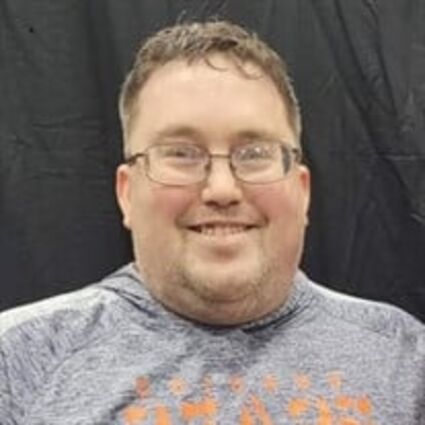 Jason Lee Guthmiller, 46, of Moorhead, Minn., passed away on Tuesday, February 15, 2022, in Rochester, Minn., at the Methodist Hospital after a brief battle with Aplastic anemia.

Jason was born on July 16, 1975, to Vernon and Betty (Rath) Guthmiller at Bismarck, N.D. He grew up in Pettibone, N.D., and graduated from Pettibone High School in 1994. He held a degree in IT and plumbing from Moorhead Technical College. Jason was employed at Corporate Technologies just before he got really sick.

Jason married Melissa Thompson on February 3, 2006. They lived in Rochester, Minn., for a little while before moving to Moorhead to be closer to his first daughter, Chloe, from a previous relationship with Sondra (Huss) Duda. Melissa also had a daughter, Tessa Stock, from a previous relationship and Jason loved her like his own. Jason and Melissa had one daughter together, Paige, and this finished out all his beautiful girls in his life. He loved his daughters very much, he had a special bond with each of them for different reasons, like going to watch Chloe in all her sports they both loved, taking late night cruises with Paige, or the talks Tessa would have with him because he was her go to.

Jason always loved to ride motorcycles and snowmobiles throughout his teen years and into his 20's. He liked to read and had every Steven King book available and many sports magazines. Football was the sport he liked the most and he loved the Chicago Bears.

He learned to cook and ended up really liking to make large meals for his family on holidays after his parents passed away.

Jason is forever in the hearts of his wife, Melissa of Moorhead; his daughters, Chloe of Cathay, N.D., Paige of Moorhead, and Tessa Stock and grandson, Kayden, of Fargo, N.D.; as well as his brothers, Kevin (Merdyna) of Carrington, N.D., and Randy (Lori) of Leeds, N.D.; and many uncles, aunts, nephews, nieces, cousins, and friends.

He was preceded in death by his mom and dad, and grandparents.

Private services will be held.