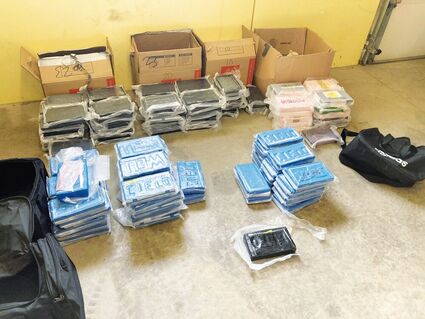 The Carrington Police Department (CPD) came into contact with a very large quantity of cocaine during a traffic stop at Casey's General Store Friday morning, February 18.

Approximately 266 pounds of the drug, or 121 kilograms, was confiscated from a 2015 Volvo semi truck driven by Narvir Singh Suri, 38, of Edmonton, Alberta, Canada.

The street value of the cocaine seized is valued at $4.8 mill...