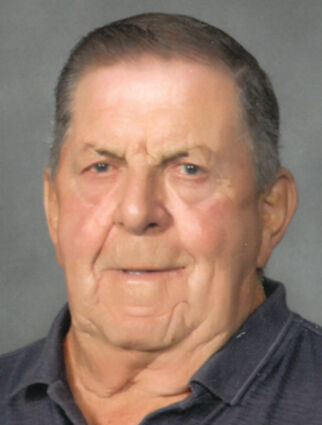 Charles Mehring, 83, of Carrington, N.D., beloved dad, grandpa and great- grandpa passed away surrounded by his family on Saturday, March 19, 2022, at Sanford Hospital, Fargo after a long and courageous battle with cancer.

Charles' Mass of Christian Burial was Thursday, March 24 at 10:30 a.m., at Sacred Heart Catholic Church, Carrington with Fr. Terry Dodge officiating. Marlene Boyer was pianist and vocalists were the Sacred Heart Choir and Pius Koch and Erica Beck. His burial was at the Carrington Cemetery.

Charles Frank Mehring was born October 15, 1938, to John and Helen (Anwiler) Mehring in Carrington, N.D. Charles enlisted in the U.S. Air Force on April 23, 1956. He served four years and had an Honorable Discharge.

On July 18, 1960, Charles was united in marriage to Marie Freeman at Kensal, N.D., and they moved to Wolfpoint, Mont. In 1962, they returned to Carrington where they raised their family. Charles worked as a salesman for Sweetheart Bread for 28 years. He also did janitor work at Carrington Elementary School and was the grounds keeper at Carrington Cemetery until he retired in 2014.

He enjoyed fishing, gardening, traveling, wood working and spending time with his children, grandchildren, and great-grandchildren. He was a member of the 4th Degree Knights of Columbus.

Charles taught his children to always help others in need. He spent many winters plowing driveways for people in need. He also planted a huge garden and donated vegetables to organizations and people. The kindness, strength, dignity and deep faith Charles demonstrated throughout his life and during his illness continues to inspire all who knew and loved him.

He is preceded in death by his parents; wife, Marie; a brother, John Mehring; and sisters-in-law, Lois Freeman, Shirley Haugen, Cathy Luggar and Luka Henderson.