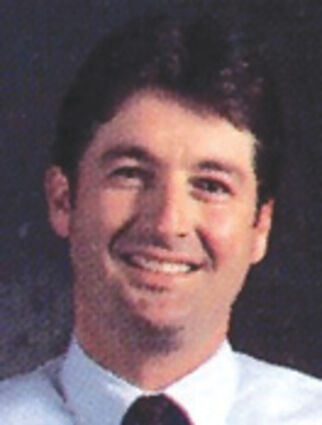 John Frappier, 66, passed away on March 26th, 2022, in Fargo, N.D., under the care of Hospice of the Red River Valley and Maple View Memory Care.

Born in Kensal, N.D., and raised in McHenry, N.D., John proudly and regularly proclaimed his blessing to grow up a farm kid from a little town. John's life work made him a nationally and internationally renowned expert in his field, but he never forgot his humble roots and the lessons learned on the fields and the prairies of the family farm.

John was one of six children to Alfred and Joann Frappier. As the eldest of five competitive brothers and one sister-princess, John epitomized the role of eldest, demonstrated by being bossy, adventurous, and pioneering, but mostly fiercely protective and loving.

He was an accomplished athlete, excelling in basketball and baseball. John was a good student, but it was hard to foresee that passion until his immersion in exercise science.

John attended and completed his undergraduate degree from Mayville State University, where years later in 1998, he would be recognized by the university with the Distinguished Alumni Award. With his degree in hand, John began what would be lifetime dedication to students and athletes by venturing into the high school teaching and coaching ranks at Leeds High School, Leeds, N.D. The call to higher education pulled John to Lawrence, Kansas, and his beloved Jayhawks at the University of Kansas.

With a Master's Degree in Exercise Physiology, John embarked on a career that influenced athletes of all ages and abilities. The beginnings of a career in exercise science, athlete training and education, began at the Southgate Racquet Club in Fargo, N.D.

In 1986, John was invited to Moscow as a consultant at the Goodwill Games. With insights and ideas garnered from elite athletes in that forum, the "mad scientist" in John revealed itself. Over the next several decades, he would invent dozens of performance-improving patented and unpatented innovative programs, techniques, devices, and running treadmills, including a hockey skating treadmill.

In collaboration with Red River Valley Sports Medicine, John was able to expand and grow his programs. Years later, John formed Frappier Acceleration Sports Training (FAST) and initiated and supported over 155 training sites throughout the world, helping athletes achieve unparalleled improvements in their physical performance. John's work impacted literally thousands of athletes from all over the world, of all ages and abilities, including professional athletes from all fields of sport.

In 2019, John was diagnosed with early onset Alzheimer's, subsequently followed by a cancer diagnosis. His final years were spent in the compassionate and professional care of the staff at Maple View Memory Care.

John would have wanted to acknowledge Wendy Granum, whom he married. Although their relationship ended, John treasured their years together.

John was preceded in death by his loving parents, Alfred and Joann.