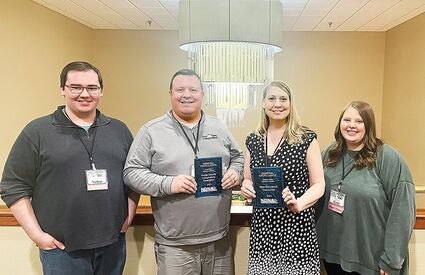 The North Dakota Newspaper Association (NDNA) released the names of the placers in their annual Better Newspaper Contest Friday, May 6, held in conjunction with the organization's 136th annual convention.

For work published during the calendar year of 2021, the Foster County Independent was the recipient of 24 total awards.

The Independent earn-ed the Third Place award in the General Excellence...