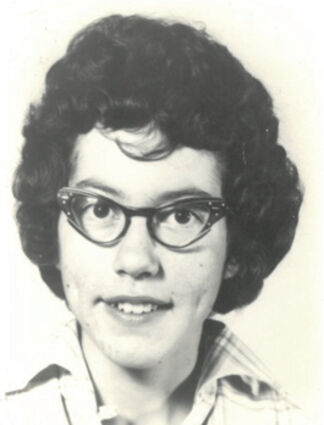 Sheila Oster, age 75, of East Grand Forks, Minnesota, formerly of Carrington, N.D., died Saturday, May 28, 2022, at her home surrounded by her family.

Sheila Renee Oster was born June 24, 1946, in Carrington, N.D. She was the daughter of Reuben and Lela (Pfaff) Edinger. Sheila attended school in Carrington and graduated from Carrington High School in 1965.

She completed one year of college at Jamestown, N.D for bookkeeping. Sheila worked for Nicholson Carr and NDSU Foster County Extension office for several years as a secretary.

Orville and Sheila were united in marriage on July 19, 1969, at Trinity Lutheran Church in Carrington, N.D. After their marriage, they made Carrington their home where they raised three daughters, Rhonda, Tricia and Tamara.

Sheila was an active member of Trinity Lutheran Church and was their church secretary for several years.

She was involved with the Foster County Fair, particularly with 4-H. She liked working in her vegetable and flower gardens. She enjoyed canning, knitting blankets and slippers and most of all, the long afternoon drives on the country roads with Orville.

They resided in Carrington until 2017 when they moved to East Grand Forks, Minn., to be closer to their family.

Sheila is preceded in death by her parents Reuben and Lela Edinger; her husband Orville; and their daughter, Rhonda Oster.