Highlights from National Night Out 2022 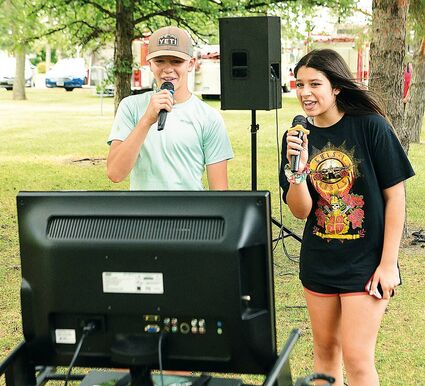 Dashyl Bichler and Violette Sola watch the words flow down the screen as they engage in some karaoke. Violette is the daughter of the late Brandon Sola, Carrington Police Chief from November of last year until his death in a motorcyle accident on June 28. She and her family, including her mother, Rebecca, and siblings, Alexander, Jaxson, Damien and Sophia, were all in attendance. National Night Out was held in Brandon's memory.

The occasion is traditionally held the first Tuesday of August, except in Texas, when it is celebrated in October.

The event's history in the United States dates back to 1984, and is spons...