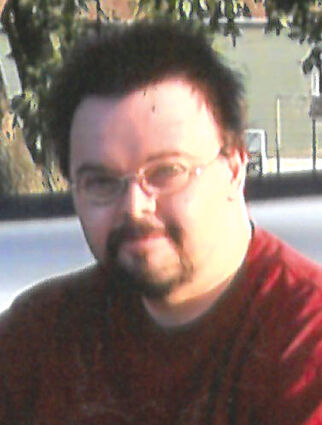 A Funeral Service was held Saturday, August 20 at 2:00 p.m., at Trinity Lutheran Church, Carrington, N.D., with Pastor Ray Hagan officiating. Clara Edwardson was organist. Congregational hymns were "What A Friend We Have In Jesus," "Jesus Loves Me," and " I Am Jesus' Little Lamb." His burial was at the Chaseley Cemetery, Chaseley, N.D.

Honorary bearers were all of Justin's nieces and nephews and friends at the 4th Corp and CICF.

Justin lived in Carrington, N.D., at the Fourth Corp and worked in New Rockford, N.D. He was a collector of rocks and loved all animals. Justin enjoyed mentoring his peers at the 4th Corporation.

He is preceded in death by his parents and sister, Joy.