By Leasa A. Lura

The counties and cities within the state of North Dakota hold many interesting news stories.

Here are just a few of the feature stories that others are reading in communities around the state.

No room in the roost

The New Town City Council passed an ordinance at its most recent regular meeting that bans the keeping of urban livestock within the city limits.

The ordinance lists chickens, sheep, pigs, goats and rabbits among the species that are now prohibited in the city. City Attorney Bill Woods said the list and wording of the ordinance was based on a model city rule used by many communities in North Dakota.

When asked city officials said there haven’t been any complaints about livestock in the community although they do get occasional questions about whether or not chickens are allowed in New Town.

Triple tornadoes touch down outside of Ruso

The first tornado occurred four miles east of Ruso at about 5:08 p.m. It was short lived, lasting about one minute. It impacted no structures.

The second tornado developed about two miles south of Ruso at about 5:10 p.m. and traveled slowly south. Shortly after developing it snapped hardwood trees in a shelterbelt and blew over and destroyed an animal shelter. The tornado then dissipated about four miles south of Ruso at about 5:35 p.m. Based on the damage done, this tornado was rated EF-1 and from that wind speeds were estimated to be around 110 mph.

The third tornado developed while the second one was still ongoing, at about 5:30 p.m. This was about five miles south of Ruso. This third tornado also moved south and about six miles south of Ruso it destroyed three small wooden granaries, damaged farm equipment by flipping over a large seed cart attached to an air seeder, tossed round hay bales and flipped anhydrous tanks.

The tornado then dissipated at about 5:50 p.m. about eight miles south of Ruso. Based on the damage done, this tornado was rated EF-2 and from that wind speeds were estimated to be around 120 mph.

The average American adult pledges their allegiance to the flag of the United States more than 2,000 times by the time they graduate high school.

It’s a daily tradition in most North Dakota schools. North Dakota Gov. Doug Burgum is on a mission to mandate that tradition for all governing bodies in the state.

Local legislators are split on the need for legislation. Area school and city leaders express a range of reactions to a mandate, ranging from bemusement to outright rejection the state should dictate to locally elected bodies.

Most local governing bodies in Williams and Divide counties haven’t made a habit of reciting the Pledge.

The Fargo school board initially voted to discontinue saying the Pledge because it contained the words “under God,” with the capitalized word “God.”

Fargo board members found the phrasing isn’t “inclusive” for non-Christians or atheists.

Following local, state and national backlash, the Fargo school district reinstated the recitation of the Pledge at school board meetings.

(Story by Jacob Orledge and Brad Nygaard, the Tioga Tribune)

Backers of an initiated measure that would impose term limits on the offices of State Representative, Senator and Governor are taking their case to the North Dakota Supreme Court.

In a lawsuit filed with the court on August 11, sponsors of the measure, North Dakota Term Limits, claims Secretary of State Al Jaeger over-stepped his authority when disqualifying signatures on petitions requesting the measure be placed before voters.

The suit is not unexpected.

In February of this year, supporters of the measure turned in petitions with more than 46,300 signatures. State law requires signatures equalling four percent of the state’s population, or 36,164 signatures.

(Story taken from the Tioga Tribune)

The Hillsboro City Commission received an impassioned plea from a homeowner Monday asking the city to step into improve the air quality outside her house along Main Street.

Mary Remore told city officials that the dust-collection system being used by Anchor Ingredients at its plant hasn’t been effectively removing contaminants from the air.

The food and pet food supplier’s plant kicks up so much dust that Remore’s pickup parked across the street gets caked in debris and her pool and furnace filters have become clogged repeatedly, she said.

Dr. Michael Kjelland, Assistant Professor of Biology at Mayville State University, enjoys a variety of interests and pursues a diverse repertoire of activities when not in the classroom. These range from genetics related to cattle production, to cancer research and paleontology.

Kjelland is president of Fossil Excavators, a non-profit organization devoted to cross-disciplinary research collaborations and opportunities with a focus on paleontology, paleoecology, paleobiology, paleobotany, paleopalynology, molecular paleontology, and even archeology.

His work with Fossil Excavators has resulted in some very exciting discoveries and excavations. In the summer of 2019, his team unearthed a partial Triceratops skull in the Hell Creek Formation of southwest North Dakota.

In July of 2022, Dr. Kjelland was leading a field expedition and discovered ancestral human remains in Harding County, S.D. The South Dakota State Historical Society does not disclose the details of what exactly was found, except to their tribal partners.

The Historical Society’s Archaeology Division disclosed that the area where the remains were discovered has been inhabited by humans for at least 12,000 years.

(Story by Beth Swenson, taken from the Traill County Tribune) 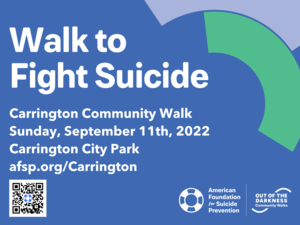