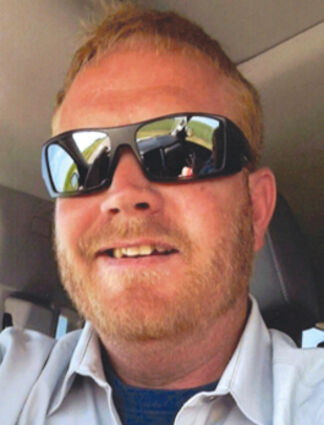 Justin is the son of Kevin and Wendy Bahm and Robert Bracken. He was raised in Carrington and Cando. He graduated from Cando High School in 2006. Justin participated in hockey and wrestling. He was able to share his love for hockey with little Bryson in later years.

His younger years were spent cherishing moments with his grandparents. All of his family and friends were so special to him. Big brother Josh spent hours in the basement with Justin, Chris and Kyle showing off their wrestling moves.

He attended Northland Community and Technical College for Farm Management. Justin started his farming career with Bob, Irma, Doug, and Vickie Dulmage until his time of death. He looked up to them as his other family and loved to help them any way he could. Justin enjoyed his morning visits with Bob and Irma over coffee. His dream was to own his own land and farm. Doug played a major role in helping Justin to achieve his dreams.

When Justin wasn't farming, he enjoyed life with family and friends. He loved the annual snowmobile trip to South Dakota. Snowmobiling was one his favorite pastimes. Justin also enjoyed fishing, annual sausage making, gardening, and cooking and spending time at the lake. Justin loved taking on new projects. He even tried his hand at raising ducks and pheasants.

The yearly Bahm gatherings were always something Justin looked forward to. When Justin hosted Christmas, Santa Claus would always make an appearance. Justin loved his annual Lefse making with Ole and his wife.

When Justin met Paige, he was so excited to introduce her to the family. He immediately loved her children as his own. Justin enjoyed supporting Bryson and Ashyia's activities. He always looked forward to hockey, volleyball, or any activities the kids were involved with. Bryson spent a lot of time in the tractor with Justin and Polly.

We will always remember Justin with a smile on his face and Busch light in his hand. Polly was always by his side.

He was preceded in death by his grandparents, Lyle Bracken, Beatrice Bracken and Myrna Robinson.

Arrangements are with Nelson Funeral Home of Leeds, N.D.

Online condolences may be left at http://www.thenelsonfuneralhome.com.