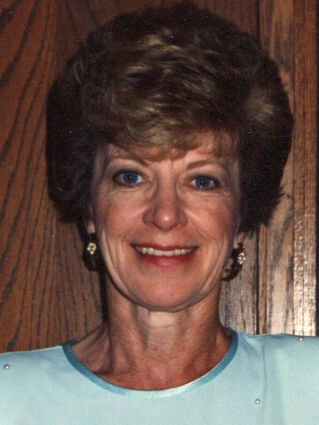 Vaunda Lea (Beach) Schutt, 83, of Ada, Minnesota, passed away peacefully in her sleep in the early morning hours of September 10, 2022, at the Benedictine Care Community in Ada.

Vaunda Lea was born January 14, 1939, in Carrington, North Dakota, to Elmer and Evelyn (Graham) Beach. She grew up in Carrington and graduated from Carrington High School in 1957. Go Cardinals! She worked for Northwestern Bell Telephone Company after graduating.

On August 24, 1958, she married her high school sweetheart, Gene A. Schutt in Carrington. They lived in Valley City, North Dakota, for one year while Gene finished college.

In the fall of 1959, they moved to Tolna, North Dakota, where they lived for 11 years. In 1970, they moved to Ada, Minnesota. Over the years in Ada, Vaunda Lea worked at Olson's Men's Wear, Norman County Assessor's office and American Federal Bank.

Her greatest love was her family: four daughters, six grandchildren, and five great-grandchildren.

She is preceded in death by her parents, Elmer and Evelyn and husband, Gene.

Please view our guestbook and share condolences online at http://www.fredriksonfh.com