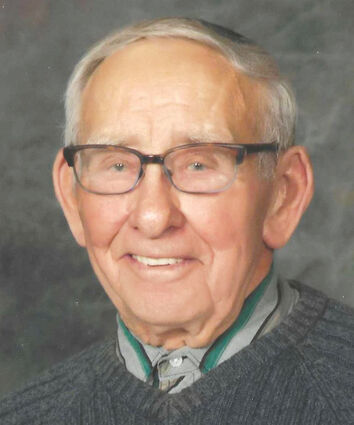 He enlisted in the United States Army in January, 1954, and served in Battery A 52nd Field Artillery Brigade in Korea. He was honorably discharged in November, 1955.

He married Frances Cook on September 15, 1957, at Woodworth and they took over the Schulz family farm. They lived there and were very active in the Woodworth Community for 58 years, when they retired to Jamestown, N.D.

Wally was known for his handyman skills, mechanical acumen, and his inventiveness in building his own equipment. He enjoyed playing cards, fishing, making homemade ice cream and friendly teasing of friends and family.

Wally continued to live in his Jamestown home after Frances' passing and discovered his love of flower gardening. He moved into Eventide Assisted Living Community in Jamestown in Fall of 2019, and later to a memory care facility in Saint Cloud Minnesota in Fall of 2020.