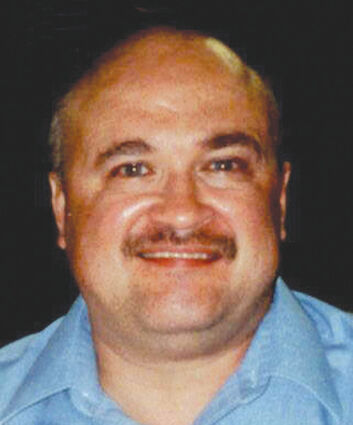 Bernard Allen Barnett was born on September 10, 1959, to Donald and Patricia (Falk) Barnett, in Kensal, N.D. Bernie grew up in Carrington, N.D., and graduated from Carrington High School in 1977. In high school, Bernie was a wrestler. At 98 pounds he went to state and won an award for the fastest pin.

Following high school, he received a wrestling scholarship to attend Valley City State University, before working in road construction and truck driving. Bernie loved driving and found a lot of peace out on the open road.

In 1984, Bernie moved to Fargo where he met "That girl from Rollag," Karen. On October 3, 1987, Bernie married Karen in the Rollag Lutheran Church.

Bernie's move to Fargo is also when he began his career in the auto parts industry. Starting at Sturdevant's Auto Parts, he moved his way up to becoming a manager at both Champion and NAPA Auto Part stores, eventually opening his own store in Ada, Minn.

Together Bernie and Karen had two children, making their home in Moorhead, Minn. Bernie loved his family and watched out for his kids, always ensuring their cars had a full tank of gas and the oil was changed.

He also enjoyed visiting with friends. His smile brought joy to those around him, and his little one liners would make them laugh.

In the summertime, Bernie loved spending time outside riding bike and playing catch. On stormy days you could find Bernie on the front porch watching the rainfall. One of his favorite pastimes was watching sports, with his favorite sports teams being the Bison, Vikings and Raiders.

He was preceded in death by his father; and infant twin sisters, Jean and Joan.

Bernie's visitation was held Friday, September 16 from 5-7 p.m., with a prayer service at 6:30 p.m. at Korsmo Funeral and Cremation Service, Moorhead.

The funeral service was Saturday, September 17, 2022, at 11 a.m., in Lutheran Church of the Good Shepherd, Moorhead. Burial will be in Riverside Cemetery, Moorhead, at a later date.

Memories and condolences may be shared at http://www.korsmofuneralservice.com