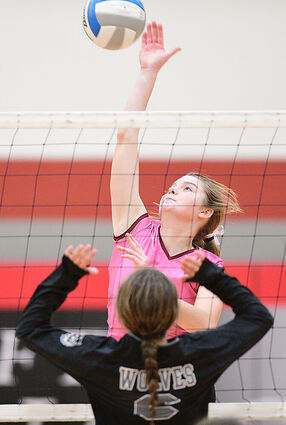 Madison Johnson hits one of her eight kills against Kidder Co.

Carrington concluded their District 5 season with four wins in six total matches, and are slated to be the number three seed in the upcoming tournament in Leal starting this Thursday.