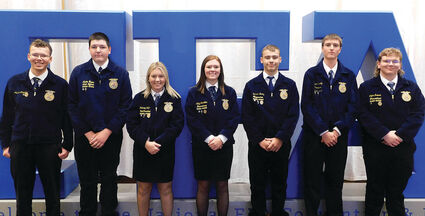 Eight members of the Fessenden-Bowdon FFA Chapter recently attended the National FFA Convention in Indianapolis, Indiana. The members were gone from October 23 - October 29.