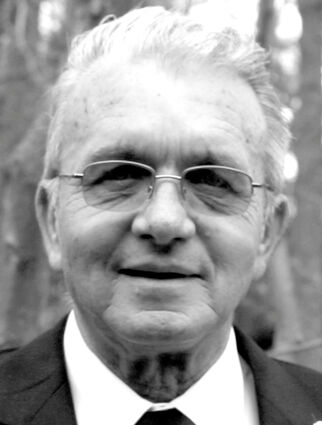 Leonard was the oldest of three children. He grew up in rural Kingsley Township, attended country school for a short time and graduated from Glenfield-Sutton High School in 1965.

He went on to obtain a bachelor’s degree in Agricultural Economics from NDSU. Following college, Leonard enlisted in the Army National Guard and completed training at Fort Leonard Wood in Missouri.

On August 30, 1969, Leonard “Lenny” married JoAnn Johnson of Glenfield. He started work in the insurance field, initially at First State Bank in Cooperstown and then at Walle Mutual Insurance Agency in Grand Forks.

In 1973, when his father became ill, Leonard returned to Glenfield to continue the farming operation. He and JoAnn raised four children and farmed until his retirement.

Leonard was a member of Glenfield Lutheran and Prairie Faith Lutheran Church. During his lifetime, he served on the township board and the Glenfield Fire Department board of directors. While his children were in school, Leonard regularly attended ball games and school activities.

His interests included reading, particularly about United States history and watching NDSU football games. Above all, he enjoyed watching his grandchildren play. Lenny was also fond of his dog. He was often caught giving her extra treats and allowing her the run of the house.

Leonard was preceded in death by his parents, Sever and Phyllis Simenson and one nephew.

In lieu of flowers, donations can be made to the Glenfield Cemetery.