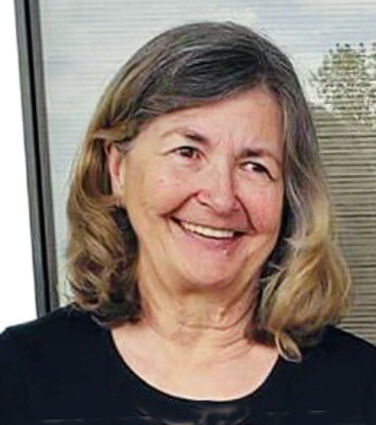 Leatrice J. Truedson, 69, Heimdal, N.D., passed away Thursday, Jan. 20, 2022, at Sanford Health in Bismarck, N.D., after a short battle with cancer with her loving family around her.

Funeral services were held at 11:00 a.m. on Friday, January 28 at First Lutheran Church, Fessenden, N.D., with Pastor Shirley Teske officiating. Burial was at Hillside Cemetery, Fessenden. Visitation was one hour prior to the services at the church. Arrangements by Nelson Funeral Home, Fessenden.

She continued her education at Humboldt Airline Secretarial School in Minneapolis, Minnesota. After finishing her education, she moved back to Fessenden and started work at the ASCS Office (later FSA) in Fessenden and briefly worked at York-Helenske Insurance.

Leatrice married the love of her life, Merrill Truedson, on October 6, 1979, at First Lutheran Church in Fessenden. They started their life together in Cathay. In December 1980, they welcomed the birth of their daughter Carissa. Later they moved to the Rogelstad homestead by Heimdal. Leatrice continued her work in Fessenden and helped her husband with farming.

After retiring, she enjoyed her summers at the farm, doing crafts, yard work, and volunteering at the thrift store in Fessenden. She treasured spending time with her grandchildren. Leatrice and Merrill enjoyed their winters in Apache Junction, Arizona, where she enjoyed line dancing, bingo, bowling, helping at the library and was a member of the computer club.

She was preceded in death by her parents, Harlan and Willys Rogelstad, and one brother-in-law, Michael Durick.

In lieu of flowers, the family prefers memorials be given to the Fessenden Ambulance, The Lutheran Home of the Good Shepherd, New Rockford, North Dakota or the American Cancer Society.