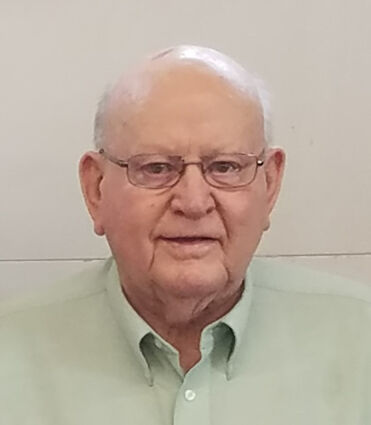 Donald Dean Nutz, 80, Carrington N.D., formerly Fessenden, N.D., passed away peacefully surrounded by his family on Sunday, Jan. 30, 2022, at his home under the care of hospice.

Funeral services were held at 11:00 a.m., Sat., Feb. 5 at Calvary Baptist Church, Carrington, N.D., with Pastor Keith Hurlbut officiating. Burial will be at the Hope Mennonite Cemetery, rural Chaseley, N.D., in the spring.

Visitation was from 5:00-7:00 p.m., Friday, February 4 at Nelson Funeral Home, Fessenden, N.D., and one hour prior to the service at the church.

Don graduated from Martin High School in 1959. In December 1959, he volunteered for the draft and was inducted into the U.S. Army. He served a tour of duty in Germany during the Berlin Crisis and was honorably discharged in March of 1962.

He farmed with his dad for a short time before beginning his truck driving career. He first hauled cattle for Dale Kost followed by a 37-year employment with New Rockford-Fessenden Co-op as a fuel transport driver.

On September 11, 1971, Don married Grace Kleinsasser in Harvey. They made their home and raised their daughters, Cynthia Dawn and Kimberly Ann, in Fessenden. In 2001, he retired from the transport. After his retirement he was employed by Beck Farms and Krahler Construction during the summer months.

In 2010, they moved to Carrington where they enjoyed spending time with family and attending their grandchildren’s activities. Don was hardworking and outgoing. He valued the many friendships he was blessed with throughout his years.

At the time of his death, Don was a part of the church family at Calvary Baptist in Carrington. He was a longtime member of the American Legion Post 33 of Fessenden, the VFW Post 1868 of Harvey, and the Jamestown Eagles Club.