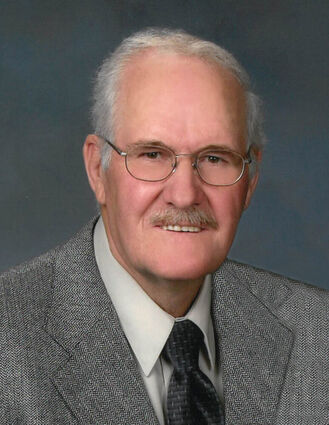 His funeral service was held Wed., Feb. 2 at 10:30 a.m., at Prairie Faith Church, Glenfield, N.D., with Rev. Russ Christiansen officiating. Family music was by Emily Spickler pianist, "Amazing Grace" and "This is My Father's World." Elroy's family music was "How Great Thou Art" and "Will the Circle be Unbroken." His burial was at the Grace City Cemetery.

Elroy Melvin Ellingson was born on August 13, 1932, in Carrington, N.D., to Fanuel and Marie (Stangeland) Ellingson. He was raised on a farm south of Grace City along the James River, the youngest of five children. He attended elementary school in Haven Township and high school at Juanita, N.D., and at Glenfield, N.D.

Elroy was inducted into the United States Army on August 4, 1954, at Fort Leonardwood, Mo., and served in the Okinawa Islands during the Korean Conflict. He was honorably discharged as a PFC on October 19, 1955, due to a family emergency.

Some of Elroy's community activities included serving on both the Grace City Lutheran Church board and the Grace City School board. He was a Haven Township supervisor for many years and also served as chairman for several years. He also belonged to the Buffalo City R/C Squadron in Jamestown and hosted an annual airplane fun-fly at his farm each summer.

Elroy was a dairy farmer for many years, then a cattleman, and finally a sheep producer, raising Polypay sheep for nearly 50 years. He was a member of the N.D. Lamb & Wool Association and the Dakota Sheep Growers.

In his spare time, he enjoyed building and flying radio-controlled airplanes, wood carving, and taxidermy. He had over 50 mounts displayed in his house including a coyote, a bobcat, and an elk, along with many birds, deer, and fish. He also enjoyed gardening, traveling, reading, listening to country music, playing guitar, hunting, fishing, and doing jigsaw puzzles.