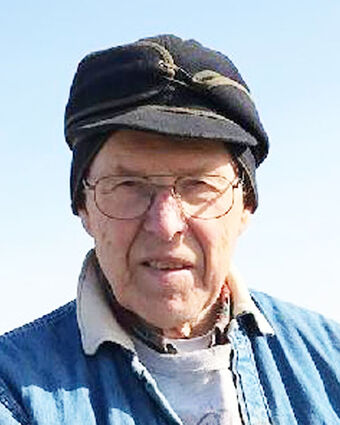 In addition to his parents, he was preceded in death by his brother, Lowell Leppke; sister, Patricia Leppke; father-in-law and mother-in-law, LeRoy and Mabel, nee Ranz, Ruth; and sister-in-law and brothers-in-law Janelle Ruth, Bernard Feldt, and Alvin Schmitt.

Elton was a veteran of the United States Air Force and served in the Korean War. He graduated from Carrington High School in 1950 and later graduated from Marquette University in 1971. He retired from Eaton Corporation in Milwaukee, Wis., in 1995 as a Senior Engineer and he holds multiple electrical patents.

He was a member of Calvary Baptist Church in Carrington, N.D., and belonged to numerous automotive clubs. Elton spent many hours restoring classic cars and his pride and joy was his fully restored 1927 Buick. He enjoyed steam tractor threshing shows, Cockshutt tractors, fishing, deer hunting, and camping trips with his wife, Dolores.

Memorial Service was Thursday, February 10, 2022, at 6:00 p.m. at Grace Community Baptist Church in Trenton with Pastor Bob Marsh officiating. Another Memorial Service with an interment to follow will take place at a later date in Carrington, N.D.

Visitation was Thursday, February 10 from 5:00 – 6:00 p.m. at Grace Community Baptist Church in Trenton.

The family prefers facial coverings to be worn for the memorial service and visitation but they are not required.

In lieu of flowers, plants, and other gifts, memorials may be made to The Gideons International at http://www.gideons.org/donate or to 4th Corporation and will be received at the visitation or by mail, Moss Funeral Home, 105 S. Main St. Trenton, IL 62293, who is serving the family.

Expressions of sympathy can be sent to the family at http://www.mossfuneralhome.com.