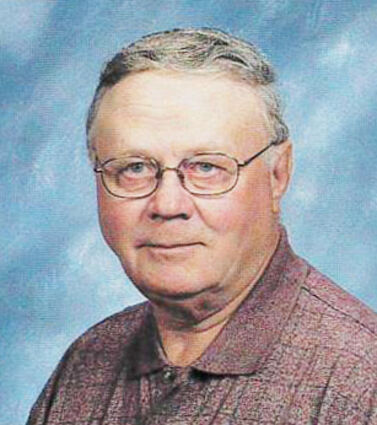 His Mass of Christian Burial was held Wednesday, February 16 at 10:30 a.m., at Sacred Heart Catholic Church, Carrington with Father Terry Dodge officiating. Marlene Boyer was pianist and special music was provided by the Sacred Heart Choir. His burial was at the Carrington Cemetery.

Robert Romel Francis Theis was born on November 21, 1937, to Romel and Pat (Piatz) Theis. He grew up and attended school in Carrington, N.D., where he graduated from high school in 1955.

Bob joined the service after high school and upon return, he met, and later married, Marlene Bauer on February 19, 1966. They made their home on a farmstead just outside of Carrington. Together they had five children: Jeanne (Royd) Unruh, Mary Beth Schuchard, RJ (Karla) Theis, Suzy (Stacy) Fitterer and Sara Berger.

Bob was a man of many trades and talents. He was a professional welder. A couple of his proudest and favorite jobs were his work on the large grain tents at the original Cargill elevator in Carrington and Jamestown as well as stretching trucks and putting grain boxes on them. He farmed and ran aerial and ground agricultural application businesses, Carrington Air Service and Bob’s Ag Service. Bob also owned and managed the Montgomery Ward store for a time in Carrington.

Bob, along with his brother Ron, owned and operated an automotive dealership in Carrington. In his later years, he also worked at Bremer Insurance and then at Erickson Implement.

Upon his retirement, Bob still loved to “tinker” and spent countless hours in his shop on the farm. Bob will be remembered for all his creations made in his shop, especially “the bug.” We will forever hear him say “It runs like a Swiss watch” and “It purrs like a kitten.”

Some of Bob’s favorite things to do were deer hunting and the sausage making that followed, which, is where his “secret” recipe was created. It was a different “secret” every time he made it. He enjoyed spending time camping at Sakakawea State Park on Lake Sakakawea and later at his cabin at Juanita Lake.

Bob was always willing to help anyone. Taking care of his family was most important to him. He spent countless hours walking the floors with the “little ones.” Sometimes one in each arm. He spoiled his grandchildren with treats when their mom and dad weren’t around.

He was preceded in death by his daughter, Mary Beth Schuchard; parents, Romel and Pat Theis and an infant brother, Richard.