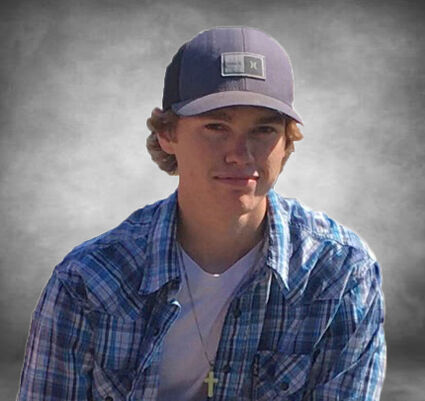 Jacob's Funeral Service was held Saturday, March 19, 2022, at 2:00 p.m., at Prairie Faith Church, Glenfield, N.D., with Rev. Russ Christiansen officiating. Special music was "Heaven Was Needing a Hero" by Jo Dee Messina, "Jealous of the Angels" by Donna Taggart and "Memory Lane" by Haley Joelle. His burial was at the Eastman Cemetery, rural Glenfield.

Jacob was born in Jamestown, N.D., to Keith and Amy Johnson on January 30, 2002. By the time Jacob turned five he had been joined by his two sisters, Josie and Kylie.

Jacob attended Tot's Landing Preschool and Midkota Elementary School both in Binford, N.D. It was during these years that he discovered his love for basketball, fishing, and archery. He always loved fishing year-round whether it was in grandpa's boat, off a dock, or in a fish house. He also enjoyed playing baseball with his friends and spending time with his cousins during the summer.

He loved hunting and trapping just about anything he could, including geese, ducks, deer, and maybe a few hundred gophers. He also really enjoyed our family trip to Turks and Caicos.

Jacob spent his high school years at Midkota High School in Glenfield, graduating in May of 2020. It was during these years that he further solidified his relationship with the boys in his class. He really shined in academics, as he won a scholarship at VCSU during a competition, while also excelling in basketball, Envirothon, and track & field, specifically javelin.

Amongst participating in school activities, he was also an avid coyote hunter, golfer, adventure seeking traveler who explored, Orlando, New York City, Washington D.C., and many other places. In addition to these, while close to home, he loved to do anything on the lake such as jet skiing, knee boarding, or tubing in the summer; while snowmobiling, ice fishing, and snowboarding in the winter.

At the age of 16 Jacob and his sisters made the long trek out to Fergus Falls to pick up his very own pup, Buck, who was his pride and joy. Shortly thereafter Jacob introduced Lexi into our lives and she has been like family ever since.

After high school Jacob completed a 16-week course at Lynnes Welding Training in Fargo, N.D., and received his welding certificate. Shortly after graduation he joined the Boilermakers where he worked many jobs in N.D. and Minn. He then did some welding work for area farmers and ranchers until deciding to join the family farm in the fall of 2021.

Jacob was preceded in death by his great-grandparents, Jerome and Martha Sandvol, Willmar and Evalyn Johnson, Bette Tweed, Myron and Virginia Kjelgaard and cousin, Hailey Hoggarth.

Jacob will always be remembered as a kind, helpful, hardworking, protective, and supportive young man, who was good at making people laugh and loved nothing more than his family.