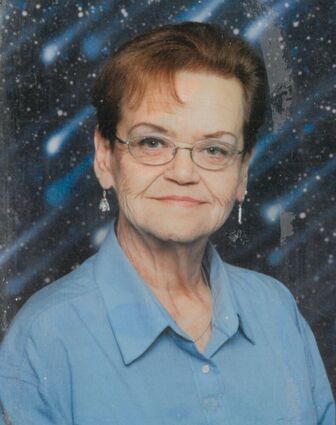 Judy's visitation was Tuesday, March 15 from 2:00 - 3:00 p.m., followed by a Funeral Service at 3:00 p.m., all at Bowdon Church of God, Bowdon with Pastor Dale Peaslee officiating. Special Music was "Amazing Grace" by Alan Jackson, "The Old Rugged Cross" by Johnny Cash and "Jealous of the Angels" by Donna Taggart.

Honorary bearers were All of Judy's Family and Close Friends

Judy Ann Williamson was born on February 5, 1947, to Purnelby "Dolly" (Brady) and Edwin Williamson in Lake Williams, N.D. Judy went to beauty school and became a beautician and later on a cook.

She married Louis Schlossnagle on December 24, 1969, in Grangeville, Idaho, only a few weeks after their first date. They would go on to spend over fifty years together. They were blessed with four children. They raised multiple children as a foster care parent and adopted, Sonya and Johnnie, whom they raised as a daughter and son.

Later in life, they became a host to four foreign exchange students, who all stayed in contact with her, a testament to their deeply generous and understanding character.

Judy enjoyed cooking and knitting. She loved taking care of her family and anyone who needed help.

Online condolences may be sent at www.EvansFuneralHomeND.com.