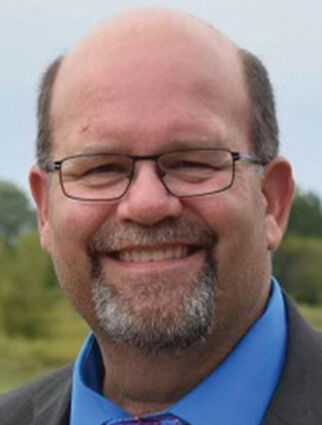 Rod's Funeral Service will be held Monday, March, 28 at 10:30 a.m. at Federated Church UCC/UMC, Carrington, N.D., with Pastor Rick Loewen officiating. Clara Edwardson is organist. Congregational hymns are "Amazing Grace," "Beyond The Sunset," "Peace In The Valley," and "On Eagle's Wings." His burial will be at the Carrington Cemetery.

Roderick Jay Heinitz was born on April 17, 1966, in Carrington to Donald and Leila (Lura) Heinitz. Rod attended Carrington High School and played both football and golf while in school. He graduated in 1984 and then attended Moorhead State for one semester.

He married Lorraine Heinitz on October 22, 1988, and together they were blessed with three children; Rebecca, Nicole, and Jacob. Rod and Lorraine later divorced and he moved to Carrington in 2013 to be closer to his family.

On January 28, 2022, Rod and Stacey Rzaszutak were united in marriage. Rod was excited that his family was expanding and felt blessed by the wonderful news of a grandbaby on the way. He looked forward to being called "Grandpa".

Rod enjoyed a variety of careers, including the Fargo Airport for six years, ABC Seamless, AmeriPride, a route driver for Schwan's for 15 years, and the Pasta Plant.

He enjoyed the outdoors; especially hunting and fishing. You could often find Rod out on the golf course and his love for golf placed him in the position of President of Crossroads Golf course from 2018-2019. He also liked to drive the countryside, scouting for animals and the beauty of the landscape. Rod's family and friends were very important to him. He always took time for family game night and Rod enjoyed watching Fighting Sioux hockey and football with his family and friends.