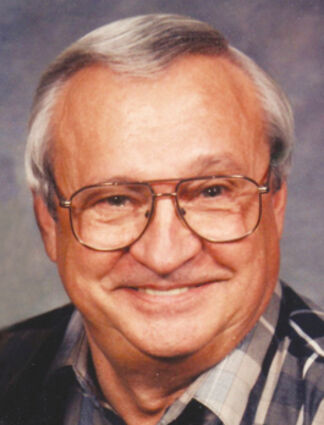 Arvid was born February 5, 1941, in Pettibone, N.D., the son of Leonard and Lydia (Flemmer) Cellmer. Arvid was a four letter athlete, lettering in baseball, basketball, track and football. He graduated from Carrington High School in 1960. He served in the U.S. Navy from 1960 until his honorable discharge in 1964.

He married Sharon Behrens on June 5, 1965, at the Federated Church in Carrington, raising two daughters.

He loved fishing, gardening, the outdoors, woodworking, making fishing lures, driving his daughters and friends to all activities, chasing his daughters boyfriends away, casino time with Sharon and spending time with grandchildren. He and Sharon were also Sioux Basketball season ticket holders.

He is survived by his daughters, Christy (Jay) Cellmer-Bushy and Brenda (Jerod) Cellmer-Monda; grandchildren, Alexis and Callie Bushy and Austin, Courtney and Raegan Monda, all of East Grand Forks, Minn .; brother, Laverne (Vonda) Cellmer of Barlow, N.D .; and sister, Charlene Jennings of Longwood, Fla., and several nieces and nephews.

God knew they needed to be together, and are now united eternally in heaven.

Memorial service was held at 10:00 a.m. on Thursday, April 7 at Amundson Funeral Home in Grand Forks, with visitation from 9-10:00 a.m. at the funeral home.

An online guestbook can be signed at www.amundsonfuneralhome.com