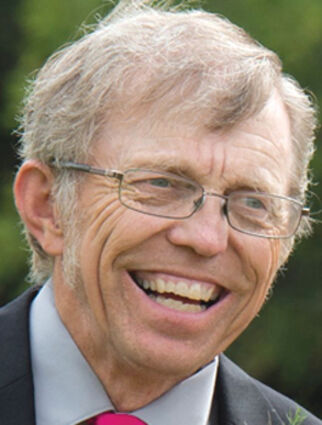 A funeral service was held at 10:00 a.m., Tuesday, May 10 at the Bowdon Country Seventh-day Adventist Church, rural Bowdon. Visitation was held from 5:00-7:00 p.m., with 5:30 p.m. prayer service on Monday, May 9 at the Nelson Funeral Home in Fessenden. Visitation continued one hour before the services at the church. Burial was in the church cemetery.

Rodney Lee Widicker was born October 2, 1947, to Leo and Virginia (Weisz) Widicker in Harvey, N.D. Rod was raised on the family farm two miles south of Bowdon and attended the Bowdon Public School through the 10th grade. He then transferred to Sheyenne River Academy where he graduated in 1966.

After academy graduation, Rod farmed with his father and spent several winters in Walla Walla, Washington, taking classes in welding and chef school.

In the fall of 1973, Rod came to Union College, Lincoln, Nebraska, and worked at Harris Pine Mills where he met Linda Chapman. They were married on June 22, 1975, and would welcome three children into their family, Rick, Ryan, and Amy. Rod worked with his father on the family farm until their retirement in 1999.

Throughout Rod's life he was an avid supporter of the Bowdon community. He was president of the Bowdon Centennial Museum, board member of the Community Grocery Store, and helped with the Bowdon Farmer's Market. He always had a special heart for the elderly, and he loved visiting and helping them in any way he could.

When spare time allowed, he enjoyed wood working, collecting coins, stamps, and toy tractors. One of Rod and Linda's favorite things to do was attend local auction sales, finding antiques and treasures. Gardening was a major family project, but "Rod's Rhubarb Patch" was his specialty!

Rod was a member of the Bowdon Country Seventh-day Adventist Church where he served as a deacon and worship leader, and held other church positions. The greatest treasures of his life were his children and grandchildren. He was very proud of them, and often told them, "My buttons are bursting!!" To say Rod had the gift of gab, is an understatement, he never knew a stranger.

He was preceded in death by his father, Leo Widicker.

Arrangements are with the Nelson Funeral Home of Fessenden, ND.

Online condolences may be left at www.nelsonfuneralhomesnd.com.