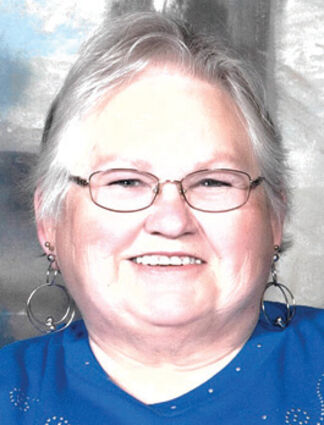 A funeral service was held Friday, June 3 at 10:30 a.m., at First Lutheran Church, New Rockford, with Rev. Amy Kippen officiating. Heather Klocke was organist. Congregational hymn was "Amazing Grace." Recorded music was "I Can Only Imagine" by Mercy Me and "Somewhere Over The Rainbow" by Israel "Iz" Kamakawiwo'ole. Her burial was at the Enderlin Cemetery, Enderlin, N.D.

Pallbearers were family and friends in attendance.

Honorary bearers were all of Mavis' family and close friends.

Mavis Joy Chamberlain was born on August 26, 1946, to Evert and Geraldine (Haynor) Jacobs in Enderlin, N.D. She attended school in Enderlin. She was baptized, confirmed and married in the Trinity Lutheran Church in Enderlin.

On January 5, 1963, Mavis married Larry R. Chamberlain. They had three children Todd, Joel and Tylea. Mavis worked several jobs while Larry worked as a farm laborer, she spent 31 years working as a direct support professional. Larry past away in 2001.