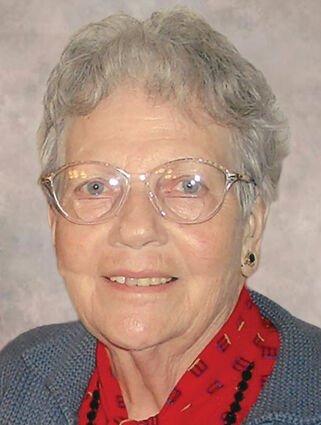 Virginia Mae Nordtvedt was born May 12, 1928, in Fargo, N.D., daughter of Arndt and Bertha (Seltvedt) Nordtvedt. Her family moved to a farm in the Courtenay, N.D., area, where she grew up and attended the Corrine School. When the family moved to the farm by the Sheyenne River, she attended high school in Cooperstown.

Mae was united in marriage to LeRoy Erickson on December 23, 1945, at Bremerton, Washington. They returned to North Dakota in the spring of 1946 and started farming with Carl Erickson near Binford, N.D. In 1955, they moved to a farm they bought near Glenfield, N.D., and farmed and raised cattle. They moved to Carrington in 2010.

Memorials may be made to the Glenfield Cemetery.