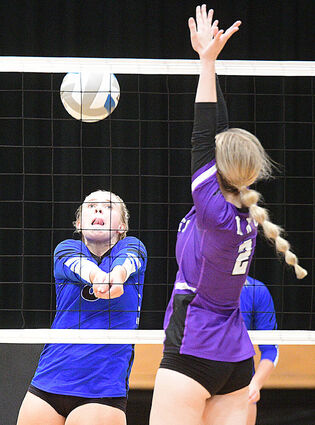 The Griggs-Midkota Titans won a tight third game, 25-23, and took the steam out of HWC defeating the Hornets, 3 sets to 1 in Fessenden on Thursday, September 15.

In the first of three close games to start the match, the Hornets found themselves out front, 14-9, courtesy of kills from Christalea Wagner and Ashley Keller.

The Titans, behind the heavy hitting of senior Asia Becherl, stormed back...