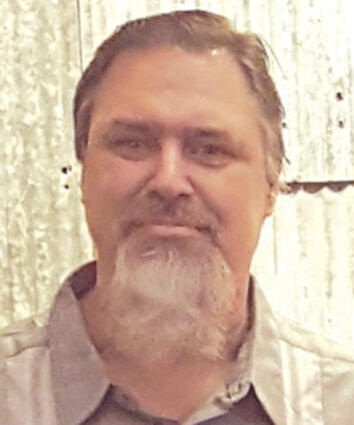 Thomas' visitation was Thursday, October 6 from 2:00-3:00 p.m., followed by a funeral service at 3:00 p.m., all at Evans Funeral Home, Carrington, with Fr. Terry Dodge officiating. Music was recorded music, "On Eagles Wings" by John Michael Talbot and "Precious Lord, Take My Hand" by Joey & Rory.

Honorary pallbearers were all of Thomas' family and close friends.

Tom was born and raised in Broadview Heights, Ohio, to parents Richard (Dick) and Eva Zabrecky. Tom was the third child and oldest son of six siblings.

After returning home from military service, Tom worked various jobs, while making time for friends and family. Tom was known as a man who was big in stature, but much, much bigger in heart. He didn't know a stranger and thoroughly enjoyed holding conversations with anyone he'd meet.

In the mid 2000's, Tom set off on a new adventure that led him to Carrington, where he ultimately chose to call home. Tom worked at Dakota Growers Pasta Company as a machine operator. When he wasn't working, he was busy meeting friends at the local coffee shop, bowling alley or anywhere else he could find someone to talk to. Tom also made sure to keep in touch with his family back in Ohio with constant phone calls and visits when he could.

Tom will be deeply missed by his mother, Eva Jacob Zabrecky; sisters, Jane (Greg) Pintner, Mary and Linda Kuehn; brother, Mike as well as best friend/brother, James Richter. He was a loving uncle to Kevin (Ansley), Ashley, Chris (Megan), Brandon and Carson. Tom was very excited about becoming a great-uncle to Emma Grace. He was a cousin and friend to many.

He was preceded in death by father, Richard Zabrecky and siblings, Veronica Zabrecky Fasching and Mark Zabrecky.