Act of kindness pays off for Vikings fan Freeman 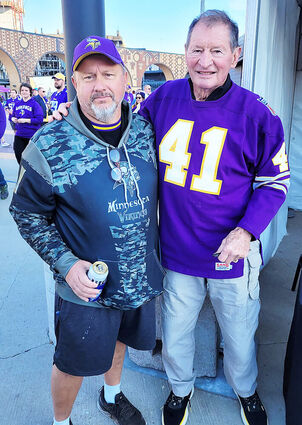 Dennis Freeman of Carrington, left, poses for a picture with former Minnesota Viking and Cando native Dave Osborn before the team's game Sunday, October 30, against the Arizona Cardinals. (Courtesy photo)

In the Monday, October 31 edition of the Independent, a photo was published of Headlocks Bar owner Dennis Freeman and his wife, Karmen, playing host to Minnesota Vikings legend Chuck Foreman for autographs and fan conversation Saturday, October 22.

But, as the late radio broadcaster Paul Harvey said, you haven't heard "the rest of the story."

As it turned out, there was a mechanical issue with...