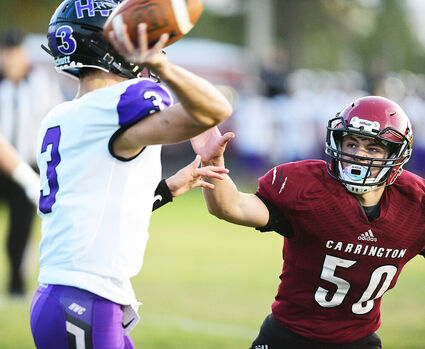 Carrington kept their late season resurgence alive with a convincing 28-6 win over HWC on Friday, October 1, in Carrington.

The Cardinals won their third straight game and kept their playoff hopes alive with a strong rushing attack and a solid defensive effort.

The Hornet defense would have to stop the Cardinal rushing attack if they wanted a victory, and that was evident from the first drive...