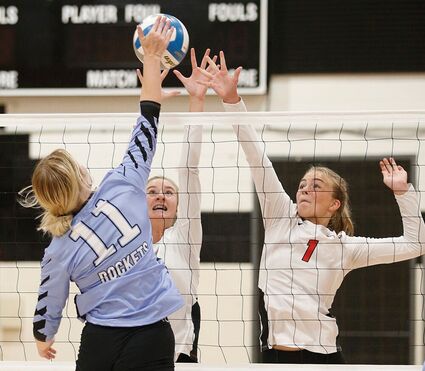 A pair of juniors for the M-P-B Thunder, one representing Pingree-Buchanan and the other Medina High School, each reached a major milestone in the exact same match.

Allison Thomas and Alaina Bosche both recorded their 1,000th career digs for the Thunder in a four-set win over the Edgeley-Kulm-Montpelier Rebels Thursday night, September 1 in Medina.

It was the first regulation-length match for...